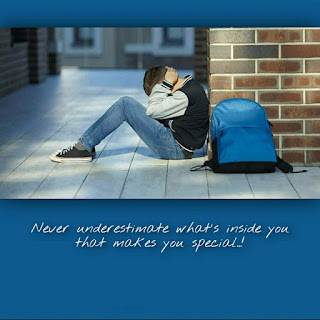 Your weakness can be your biggest strength...! A 10-year-old boy decided to study judo despite the fact that he had lost his left arm in a devastating car accident. The boy began lessons with an old Japanese judo master. The boy was doing well, so he couldn’t understand why, after three months of training the master had taught him only one move.  “Sensei,” (Teacher in Japanese) the boy finally said,  “Shouldn’t I be learning more moves?”  “This is the only move you know, but this is the only move you’ll ever need to know,” the sensei replied. Not quite understanding, but believing in his teacher, the boy kept training. Several months later, the sensei took the boy to his first tournament. Surprisingly, the boy easily won his first two matches.  The third match proved to be more difficult, but after some time, his opponent became impatient and charged; the boy deftly used his one move to win the match. Still amazed by his success, the boy was now in the finals. This ti
Post a Comment
Read more
November 09, 2020 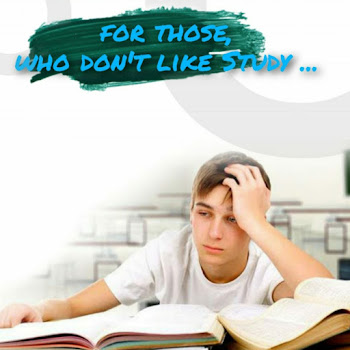 For those who don’t like study...!                                  One day I was sitting in my office. One of my students came and started complaining, "X teacher always scolds me only regarding study. He usually ignores other students but why all the time it's me?" He just keeps arguing. That boy of around 14 was not ready to accept his mistake. I started talking to him, "First of all, let's accept it here - you don't want to study. Yes, you would say you want to, but you don't want it enough, definitely not more than you want TV and the Internet. Right?" "But it’s not only you. It’s about all teenagers like you. “He felt relieved. Now that we have discovered that you do not have enough motivation to get up and hit the books, let's proceed to understand why? Ask yourself, “Are the textbooks boring? Am I studying something I don't have the aptitude for? Am I being forced to take a degree I do not want? Is it too difficult?
Post a Comment
Read more
More posts